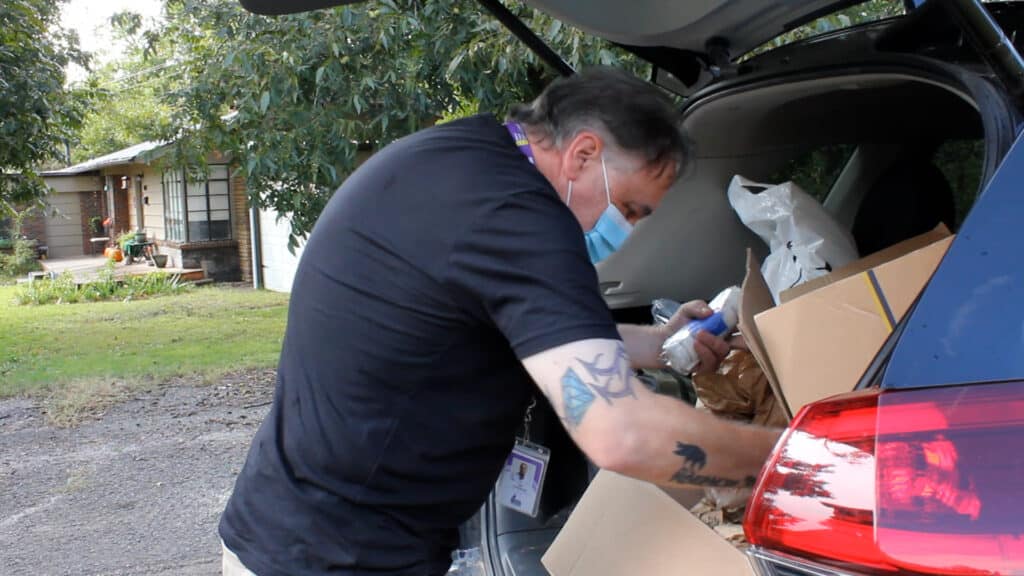 Mental Health Association Oklahoma truly is a boots-on-the-ground organization. From peer-run drop-in centers to employment and housing to Street Outreach and Street Medicine, we work hard to provide effective wraparound services to those in need; and it is that level of commitment, that level of drive that allows us to share these success stories.

John had been experiencing homelessness for many years, so exposure to extreme weather was both wearisome and familiar. When the record-setting snowstorm hit Oklahoma in February 2021, he lost two toes to frostbite and subsequently developed a wound necessitating medical care. Tim encouraged John to visit the emergency room, but ERs can be more uncomfortable than pain for those who are living on the streets.

From that day – and for the next five months – Tim tracked him down twice weekly, cleaned the wound, changed his bandage, and slowly began building trust. John is now healed and housed.

Saundra was spending some time at Lottie House, our peer-run drop-in center in Northeast Oklahoma City when Tim met her. She had been living on the streets for years while struggling with a substance use disorder and ever-increasing complications from diabetes.

Without a home, Saundra had no place to store insulin so taking it regularly was an impossibility, often leaving her blood sugar at dangerous levels. Tim checked her that day, and he immediately took her to the emergency room.