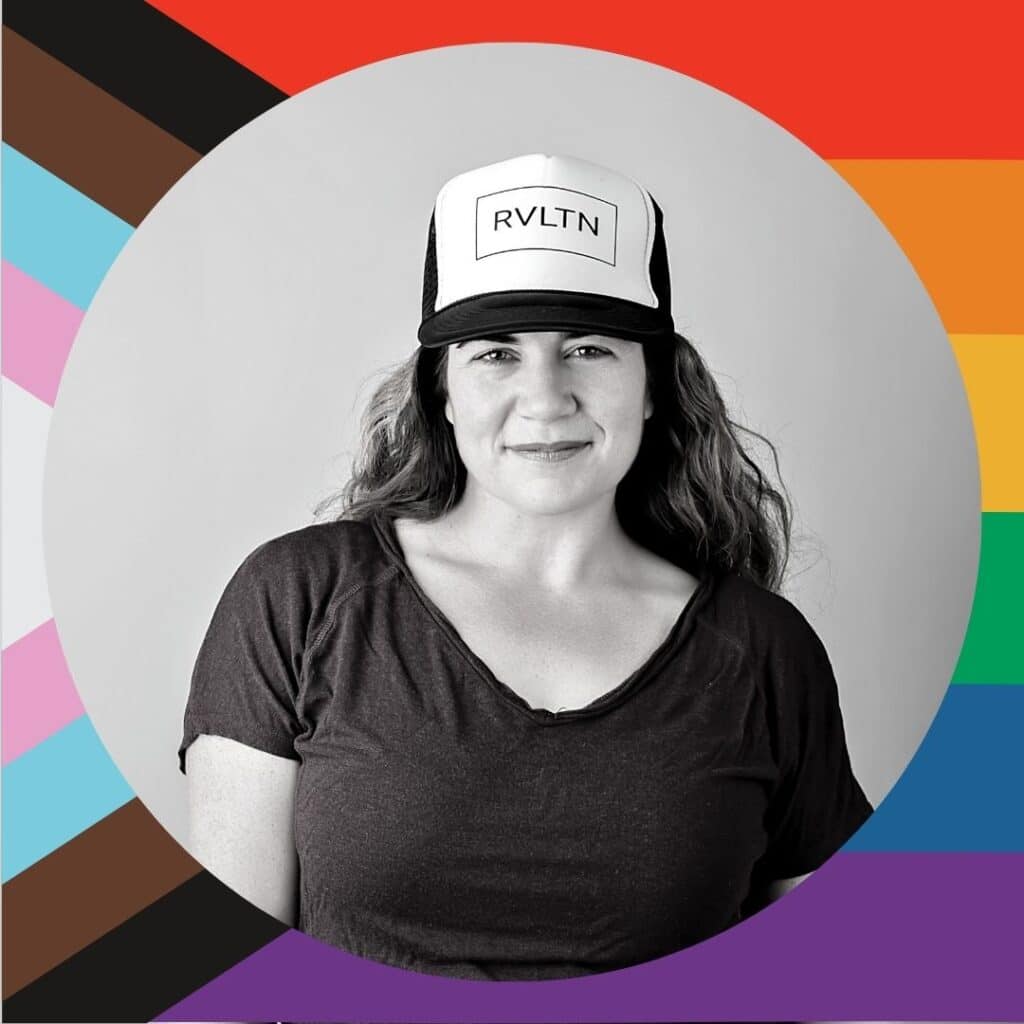 Perfectly in keeping with the first two Zarrow Symposium keynote speakers, Elena Joy Thurston hooked the audience with her opening statement and didn’t let it go until the last question was answered 75 minutes later.

“Think of a time where you believed that you belonged,” she instructed us. If that isn’t a doozy of an assignment, well, I don’t know what is.

Elena is the founder of Pride and Joy Foundation, a nonprofit dedicated to reducing the rate of suicide and homelessness in the LGBTQ+ community. She is an inspirational speaker. She is a trainer. She is an author. More than any of those things, though, she is a person who survived months of trauma-filled conversion therapy and uses a bad experience for good.

As a Mormon mom of four, she lost her marriage, church, and social network when she came out as lesbian; and she was on the verge of losing her life as suicidal ideation tried to overpower her. “I have a life 1.0 and a life 2.0,” she says, and life 2.0 is Elena’s truest version.

To be privy to such candor is an honor not to be taken lightly, and to learn from someone with lived experience is a gift not to be wasted.

Some key highlights from her presentation were:

– Conversion therapy is any treatment in which the end goal is to result in heteronormative sexual orientation or gender identity, and there is a clear power differential at play.

– Conversion therapy is not simply a moral, political, or ethical dilemma. It is a public health crisis.

– While, currently, 20 states and Washington D.C. have laws banning the practice of conversion therapy on youth by licensed health care professionals, these laws do NOT apply to coaches, religious providers, or victims over the age of 18.

– The economic burden of conversion therapy is estimated to be $9.23 billion due to associated harms such as substance abuse and suicide attempts.

Elena has positioned herself as a resource for those struggling with sexual orientation and gender identity acceptance, whether from themselves or their community, and for good reason. She has a story that reaches people and resources to help. Her story was first made famous from a viral TedX Talk that you can watch here. She also has two books out: “For the Love! You can’t love yourself if you don’t know yourself.” and “Color me Queer: Adult Coloring Book from the Pride and Joy Foundation.”

To learn more about her work, visit her website at www.prideandjoyfoundation.com.